Elevate your enterprise data technology and strategy at Transform 2021.

Continuous integration, for the uninitiated, enables multiple developers to push out frequent small changes to a shared code repository and test for flaws, while continuous deployment is concerned with releasing the quality-checked code to the final product in small batches. A CI/CD approach allows developers to ship code more quickly, find and fix issues more easily, and collaborate more effectively.

Apple first introduced its Xcode integrated development environment (IDE) for developers way back in 2003, serving to help developers create applications for Mac computers. In the intervening years, Apple has expanded into all manner of devices, from smartphones and tablets, to watches and TV players, with Xcode’s scope expanding in tandem for developers to write code and design user interfaces for all Apple contraptions.

Xcode Cloud marks a notable evolution for Apple’s IDE, as it leverages the power of the cloud (i.e. remote servers) to free up developers’ local machines for other resource-intensive tasks, while it also supports parallel testing so developers can test software for bugs using simulations across various device configurations. 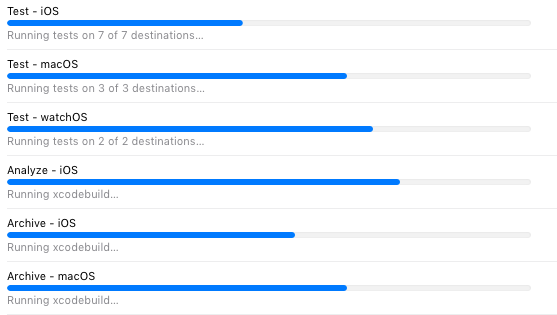 It’s worth noting that Xcode Cloud also plays nicely with TestFlight (which is now extending beyond mobile apps and onto the Mac), enabling quality assurance (QA) teams of up to 100 people to install new builds and start their testing process. This also supports up to 10,000 invited external testers who can help test new features or identify bugs in the wild.

Xcode Cloud follows a notable recent trend that has seen developer tools gravitate toward the cloud, with GitHub last year bringing its IDE to the browser via Codespaces, while countless other tools such as GitPod, CodeSandbox, Replit, and CoScreen have gone to market and raised sizable investments for cloud developer tools over the past few years.

Xcode Cloud is available for developers now as part of Xcode 13 in limited beta.

VentureBeat’s mission is to be a digital town square for technical decision-makers to gain knowledge about transformative technology and transact.

Our site delivers essential information on data technologies and strategies to guide you as you lead your organizations. We invite you to become a member of our community, to access: