Asus has refreshed its family of B450 motherboards with a keen eye on attracting those building a new Ryzen system in the near future.

Known as the B450 II series, each refreshed motherboard now includes Asus’s BIOS FlashBack feature which promises straightforward firmware upgrades without any need for a CPU to be installed on the board. Alongside that comes improvements made to how the motherboards cope with power demands with Asus explaining it’s been improved ‘to cope with the demands of newer generation CPUs’ and to ‘provide a more stable and reliable experience‘.

There’s also improved AI noise cancelling microphone technology too which probably isn’t going to be the thing that makes you immediately rush out to buy a new B450 II motherboard but is bound to help some users. The feature is bundled in with ROG Strix and TUF Gaming motherboards because, of course, gamers will be the ones most keen to enjoy clear voice communication.

Many of the refreshed boards have also been fitted with upgraded power delivery and cooling, extra M.2 slots, and some additional 10 Gbps USB 3.2 Gen 2 ports, extra USB-C connectors, along with USB 3.2 Gen 1 front-panel headers. Select models also bundle in extra RGB LED headers if you want your system to be even more lit-up than usual.

To break it down a little bit more, Asus highlighted the ROG Strix B450-F Gaming II which now adopts an 8+4 discrete MOS design along with individual VRM components which are situated between an improved heatsink, according to Asus. Its four memory slots can fit up to 128 GB of RAM and can be overclocked to speeds of up to 4,400MHz. That’s a substantial improvement over the 3,600MHz that the previous board supported. Its main M.2 socket also now has an aluminium heatsink in a bid to help cool high-performance SSDs. It also looks rather more stylish than before too as you can see below. 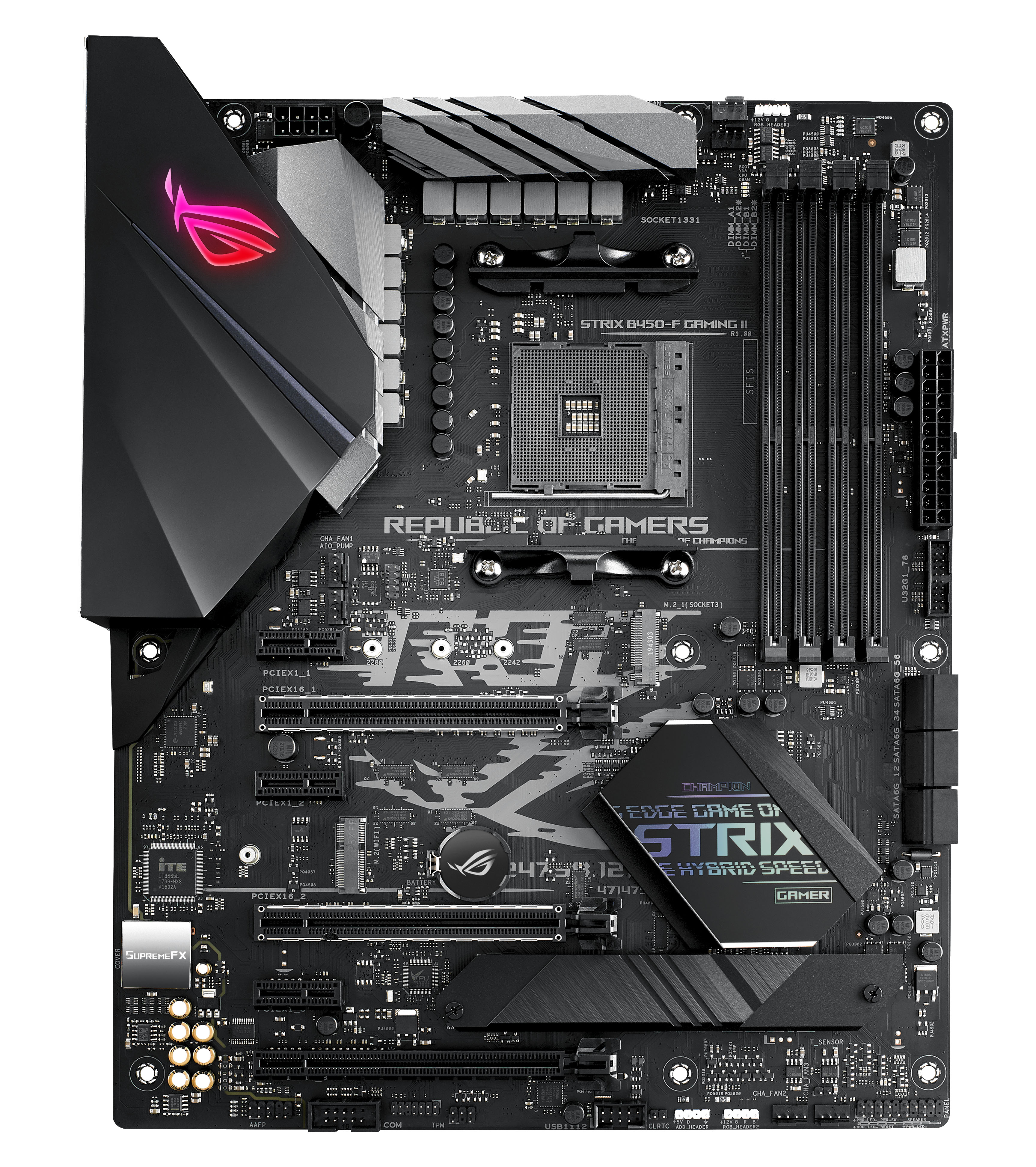 Elsewhere, the TUF Gaming B450-Plus II also sees a change of looks alongside an upgraded 8+2 power delivery system, and an extra M.2 socket compared to its predecessor. It also now has a USB 3.2 Gen 2 Type-C connector. The Asus TUF Gaming B450M-Pro II continues that trend of small but significant tweaks with support for 4,400MHz and an upgrade to USB 3.2 ports.

The Prime series of motherboards have also enjoyed modest upgrades and tweaks as part of the refresh with extra ports and thought put into power delivery and efficiency.

There’s no word yet on availability for any of these other than a vague launch date of late October. If you’re planning on a new build shortly, these could be worth checking out if you’re on a budget.

Don’t get fooled by this malware-ridden MSI Afterburner fake