The Dow Jones fell to start the week, as Apple’s (NASDAQ:AAPL) stock split takes away the main driver behind the months-long rally. As investors remain optimistic about the outlook for interest rates and progress towards a vaccine, Dow bulls will hope that losing APPL’s leadership doesn’t mark a trend change for the index.

The Nasdaq was the strongest performing of the major U.S. stock market indices, gaining 1% on rising Apple and Tesla (NASDAQ:TSLA) shares. The S&P 500 traded flat, but still outperformed the Dow Jones.

Monday brought little in the way of economic data, leaving investors free to focus on the broad themes playing out in the market. China’s economic data early Monday morning was a bright spot in the Asian session, showing a rebound in the world’s second-largest economy.

Interest rates remain extremely low and are now expected to stay low for the foreseeable future. This puts plenty of downward pressure on the dollar amid a relentless flood of liquidity being provided by the Federal Reserve.

A weak dollar tends to be a boost for corporate earnings, and there have been few signs of anyone trying to fight the Fed’s efforts to weaken the greenback. Watch the video below for information on the Fed’s yield-curve control. 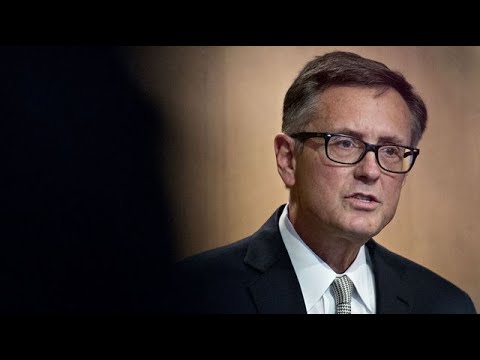 Despite rallying to record highs against a troubling economic backdrop, stocks could be going even higher, according to economists.

Sebastian Galy from Nordea Asset Management told CCN.com that prices had moved too far already, but that capitulation in the bears could lead to an explosive rally:

We are in an equity overshoot supported by better economic data as we move to the right part of the U shaped recovery. Fear of missing out and very low-interest rates are supporting this process amid high cross-asset correlation and, in some cases very low risk premiums. Most of us suspect that a short squeeze is coming and much as in the explosive rise of bitcoins initially, it can move far more than anyone expects.

Although the media were quick to telegraph the United States hitting 6 million coronavirus cases today, Wall Street remains disinterested. Progress towards a vaccine continues to keep investors optimistic that some normalcy can be achieved by early 2021. In turn, this should help repair a decimated services sector. Watch the video below. 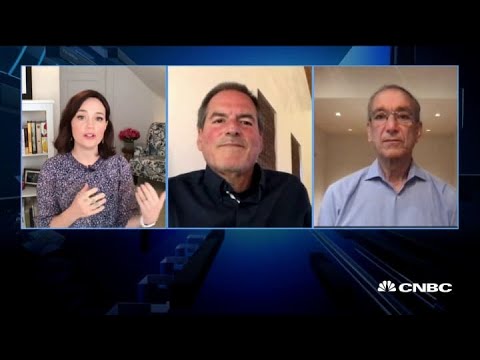 For those who continue to drink the bullish kool-aid, the fact that doctors are doing a better job of treating infected persons and lowering the death rate is also good news to consider.

Dow 30 Stocks: The King Is Dead, Long Live The King

After powering the Dow 30 from the depths of despair a few months ago, Apple is no longer the most heavily weighted stock in the index. Watch the video below. 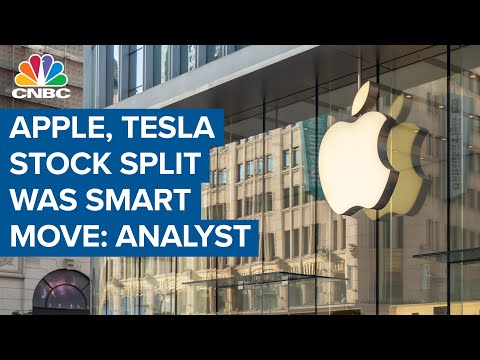 A 4-1 split is far from the first time the tech giant has diced up its shares, but that didn’t stop APPL from hitting a record high today. Apple’s reduced influence was demonstrated, as the Dow Jones dropped despite its 4.5% rally.

Part of the new makeup of the 30, Salesforce (NYSE:CRM), Amgen (NASDAQ:AMGN), and Honeywell (NYSE:HON) all fell on their debut.

Walt Disney (NYSE:DIS) was the worst-performing stock in the index with a 2.5% loss.