Kevin Durant may never be quite as good as peak LeBron James on the basketball court. But he might get close to him as a businessman.

He showed it with his new podcast, which featured Kyrie Irving in the first episode.

If you’re a basketball fan, you’ve no doubt heard the blasphemy that Kyrie Irving spoke earlier this week. He basically hinted that LeBron James wasn’t a clutch player, and he completely dismissed his new head coach, Steve Nash.

It had the basketball world up in arms. Check out the reaction from Jalen Rose:

Everyone has been talking about it. Some have taken Kyrie’s side, but most have chalked it up to jealousy, immaturity, or just plain lunacy.

It’s been a brilliant way to get millions of eyes and ears on his new project, but this isn’t the first time KD has shown a proficiency in business.

When Kevin Durant joined the loaded Golden State Warriors in 2016, LeBron James was probably not very happy. Neither were commentators like Stephen A. Smith, who called it “the weakest move I’ve ever seen by a superstar:” 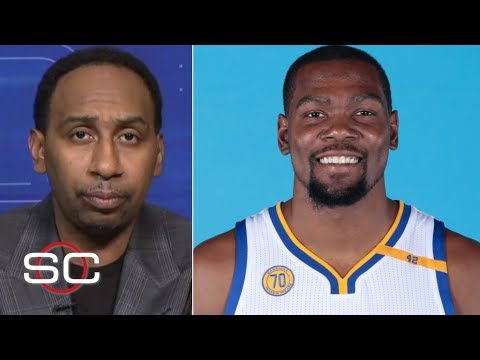 While he was joining a juggernaut, KD was also interested in the Bay area for other reasons. That summer, he wrote that the move:

Encourages my evolution as a man: moving out of my comfort zone to a new city and community, which offers the greatest potential for my contribution and personal growth.

He wasn’t lying. Kevin Durant invested in a wide variety of companies, like Acorns, Postmates, and Lime. He does it through his company Thirty5 Ventures, which he runs with his manager Rich Kleiman.

He’s also dabbling in TV production with the show “Swagger,” based on his experience in AAU.

LeBron James figured out what Kyrie Irving was good at (scoring), and let him go to town. And now, Kevin Durant using his new teammate’s penchant for uncensored thoughts to his advantage.

He’s fine-tuning his marketing scheme, and he’s learning that controversy sells. Kudos to KD for finally catching up to LeBron in at least one aspect.

Tencent limits how long kids can play its flagship game, ‘Honor of Kings’

Vudu and FandangoNow merge into a single streaming service

The Morning After: Is this the end of the selfie camera notch?