It was only a matter of time before the Christmas plans of Meghan Markle and Prince Harry would become a topic of debate.

Thankfully, it seems that there won’t be much by way of conjecture. If sources are to be believed, Harry and Meghan will be spending Christmas in California.

Meghan Is Looking Forward to a Family Christmas, Which Is Understandable

I’m no fan of Meghan Markle, but even I can understand a new mother wanting to spend what would be her first Christmas in a home of her own with her husband and child.

A source speaking to The Sun claimed:

Meghan very much wants to host the first Christmas at their new home with her mum. She’s really excited and is planning on doing all the traditions she grew up with as a child, including the cooking.

Honestly, I get it.

Are Meghan Markle and Prince Harry Snubbing the Queen?

Certain media outlets are framing Meghan Markle and Prince Harry’s decision as a snub for the Queen.

While I’m sure the Queen would have been happy to see baby Archie, I’m reasonably certain that she would not have been looking forward to the drama that will accompany the Sussex’s first visit back to the UK.

A lot has gone on since they fled to Canada to escape the horrible British media. That first family reunion will likely be almost as uncomfortable as it will be when Meghan Markle passes her father in the corridors of the courthouse in January.

And this could be Prince Philip’s last Christmas, so a family event with zero drama would be most welcomed by the royals. 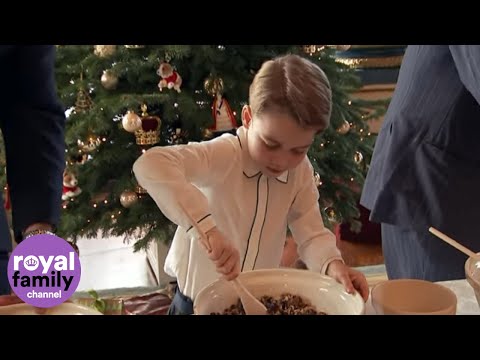 There are currently no plans for them to return to the UK for Christmas. Let’s just say that while things are better between Harry and his brother, it’s not what it was, and I don’t think anyone is ready for a cozy family Christmas right now.

Prince Harry and Meghan Markle Have Made Their Choice

This year has been challenging enough with the pandemic keeping Queen Elizabeth and Prince Philip from seeing their children, grandchildren, and great-grandchildren.

Christmas should be a time to spend with loved ones. And more importantly, those who care enough to make an effort to see them.

I’m sure that young Charlotte, George, and Louis will keep the senior family members busy, and Princess Eugenie will hopefully be in attendance ahead of the birth of her child.

Prince Harry and Meghan Markle have made their feelings clear. Their concern is making money, becoming “woke” celebrities, and living their lives in the US.

I’d like to think that the royal family has accepted Prince Harry for who he is and moved on by this point.

He seemingly doesn’t care that this could potentially be his grandfather’s and even his grandmother’s last Christmas. His father, Prince Charles, isn’t a young man either.

None of this seems to matter to Prince Harry.

Stay in America, Harry. We don’t miss you.

Invisibly wants to pay you for your data

AI vendors must offer more solutions for niche use cases

What gaming can teach the movie industry about fan engagement