Nvidia has announced plans to build the UK’s most powerful supercomputer, which it will make available to healthcare researchers that need to use AI to solve a variety of medical challenges.

Expected to come online by the end of the year, the Cambridge-1 supercomputer is an Nvidia DGX SuperPOD system capable of delivering more than 400 petaflops of AI performance with 8 petaflops of Linpack performance. That would make it 29th on the latest TOP500 list of the world’s most powerful supercomputers. It’s energy-efficient too, coming in amongst the world’s top three most energy-efficient supercomputers on the current Green500 list. It’ll do all this by being powered by 80 Nvidia DGX A100 systems connected by Nvidia Mellanox InfiniBand networking. 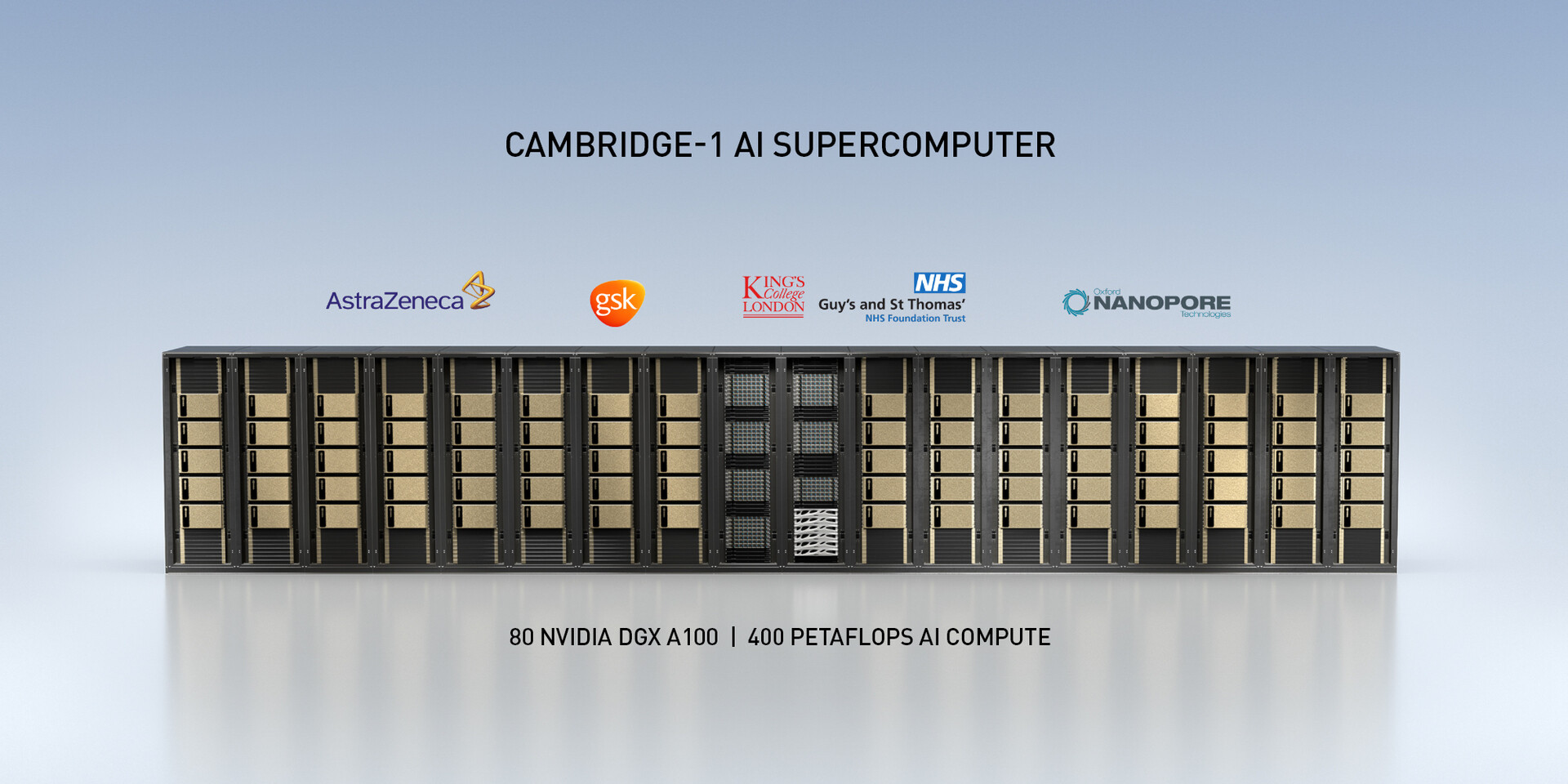 The plan for the supercomputer is to use it to help solve various medical problems, and that includes those currently presented by COVID-19. Amongst the first pharmaceutical companies to use it for research will be GSK and AstraZeneca with researchers from Guy’s and St Thomas’ NHS Foundation Trust, King’s College London, and Oxford Nanopore Technologies set to follow in those footsteps too.

As the name suggests, the Cambridge-1 will be located in Cambridge where Nvidia has previously announced its plans for an AI Centre of Excellence. It hopes to expand to include further supercomputers as well as support more industries across the UK.

In a statement, Jensen Huang, founder and CEO of Nvidia, explained, ‘tackling the world’s most pressing challenges in healthcare requires massively powerful computing resources to harness the capabilities of AI.‘ He continued, ‘the Cambridge-1 supercomputer will serve as a hub of innovation for the U.K., and further the groundbreaking work being done by the nation’s researchers in critical healthcare and drug discovery.’

Nvidia has broken down its key aims and focus areas for the Cambridge-1 and its hopes to become an ‘epicentre for transformative healthcare research and discovery’.

Those areas will be joint industry research, hoping to solve large-scale healthcare and data-science problems which couldn’t be solved any other way due to their size. The hope there is for improved patient outcomes, increased success rates, and decreased healthcare costs – essentially the perfect trio of things you want from healthcare.

It also hopes to provide University-granted compute time with access to Nvidia GPU time donated as a resource to specific studies in a bid to hunt for cures to various conditions.

In conjunction, Nvidia will also support AI startups, collaborating with them to nurture the next generation, as well as provide early access to AI tools. Finally, the system is also set to help educate future AI practitioners.

It’s all rather promising stuff, even if a cynic would think it’s also located here to make the recent acquisition of Arm look a little sweeter. Either way, there’s obviously quite the need for more help when it comes to healthcare research, especially right now, so let’s hope this leads to great things.