Less than 10 per cent of the plastics we’ve used have been recycled. A new documentary reveals why

Although our landfills and oceans are full of it, we are as dependent as ever on plastic. And since COVID-19, it’s gotten worse.

Last year, Canada announced it was working on a ban of single-use plastics, which was initally sidelined by the pandemic. Recently, the government announced that many single-use plastics will be banned by the end of 2021. At the same time, CBC News reports our single-use plastic use increased by 250 to 300 per cent as people tossed their personal protective equipment and stopped using reusable bags and containers over fears they would spread the virus.

What makes our lives convenient is also burying us. Plastic Wars, presented by The Passionate Eye, looks at the mounting crisis and how the industry has spent millions promoting recycling — just to sell more plastic.

Although activists sounded the alarm about plastic waste in the 1970s, the documentary claims from 1990 to 2010, plastic production more than doubled. We’ve been sorting our trash for decades, believing it would be recycled. But the truth is the vast majority of the plastic we use won’t be. Over the last seven decades, less than 10 per cent of plastic waste has been recycled.

That’s because, says David Allaway, from the Oregon Department of Environmental Quality, the conversation has been almost exclusively about recycling and not reducing and reusing. 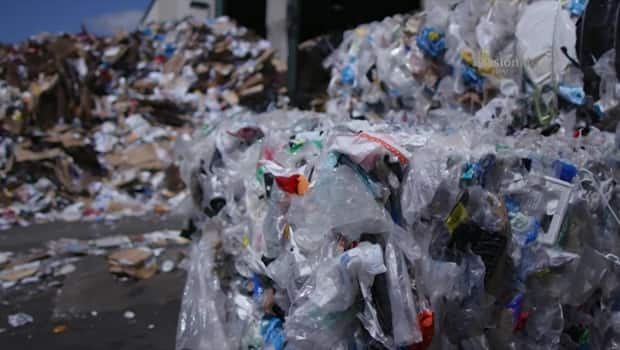 Even as the plastic crisis worsens, the demand for plastic grows and plastic production is rapidly expanding. One issue? Only focusing on recycling, and not reducing the amount of plastic that we use. 1:06

In the ’80s, the industry was at the centre of an environmental backlash. Fearing an outright ban on plastics, manufacturers looked for ways to get ahead of the problem. They looked at recycling as a way to improve the image of their product and started labeling plastics with the now ubiquitous chasing-arrows symbol with a number inside.

According to Ronald Liesemer, an industry veteran who was tasked with overseeing the new initiative, “Making recycling work was a way to keep their products in the marketplace.”

Most consumers might have assumed the symbol meant the product was recyclable. But according to experts in the film, there was no economically viable way to recycle most plastics, and they have ultimately ended up in a landfill. This included plastic films, bags and the wrapping around packaged goods, as well as containers like margarine tubs.
“Our own customers … they would flat out say, ‘It says it’s recyclable right on it,'” says Coy Smith, former board member of the National Recycling Coalition. “And I’d be like, ‘I can tell you, I can’t give this away. There’s no one that would even take it if I paid them to take it.'” He believes manufacturers used the symbol as a green marketing tool.

“If the public thinks that recycling is working, then they’re not going to be as concerned about the environment,” says Larry Thomas, another top industry official interviewed in Plastic Wars.

According to Lewis Freeman, a former vice-president with the Society of the Plastics Industry, many in the industry had doubts about recycling from the start. “There was never an enthusiastic belief that recycling was ultimately going to work in a significant way,” he says.

Yet the plastic industry spent millions on ads selling plastics and recycling to consumers.

Lots of our plastic was shipped to China, then Southeast Asia, for ‘recycling’

To solve the plastic waste problem, many recyclers started selling their product to China in the 1990s. According to recycling broker Sunil Bagaria, China took waste that North American recyclers couldn’t use. “As long as it remotely resembled plastic, they wanted it,” he says.

But they used the good stuff and disposed of the rest. And because of a growing plastic waste problem in that country, China finally stopped taking most imported plastic waste in 2018.

“We never asked the question, ‘Are they doing it the right way? Are we damaging the environment more in the name of recycling?'” says Bagaria.

Now, Southeast Asian countries like Indonesia have picked up the plastic waste market. And although some North American plastics recyclers are following up to ensure their products are in fact being recycled, plastic waste is now a growing problem there, too.

In Plastic Wars, local activist Yuyan Ismawati visits a rural community where locals scour through a huge field of plastic waste for items of value and burn the rest. This creates health problems for the residents in addition to destroying the surrounding environment. “We are struggling to clean up the modern debris and modern litter in Indonesia, the additional burden of waste from overseas — I don’t know how we are going to handle it,” says Ismawati. “Americans need to know that your waste ended up here.”

Production of plastics expected to triple by 2050

In 2020, roughly 60 years after concerns about plastic waste were first raised, the focus is still on the consumer to recycle, says Allaway, and not on the environmental impact of the product and overproduction by the industry. 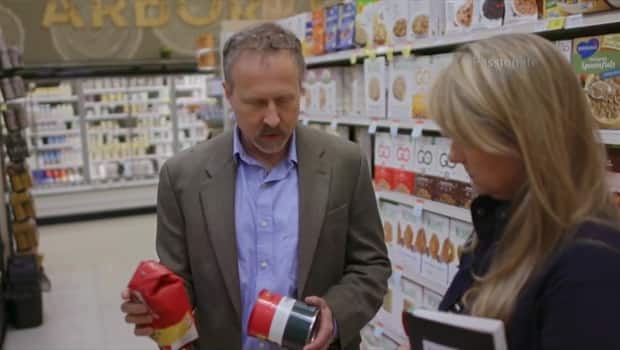 Consumers are constantly told that they should do their part to reduce plastic waste, but in reality, consumers have the lowest amount of leverage in reducing waste – it’s plastic producers that should be reporting their full environmental impacts. 1:56

According to Plastic Wars the problem is only going to get worse. By 2050, it’s estimated the global production of plastic will triple. As the oil and gas industry — which provides the source materials for plastics —  faces a future of declining demand for fuel, it has turned to other markets.

The stakes are high, says Annie Leonard, executive director of Greenpeace USA. “This is their lifeline,” she says. “They are going to double down on single-use plastic like we have never seen. So we’re heading towards a real battle…. This is the big war.”

Hackney Council services to be disrupted ‘for some time’

Resilient Trickbot down but not yet knocked out

Microsoft takes Azure above the clouds